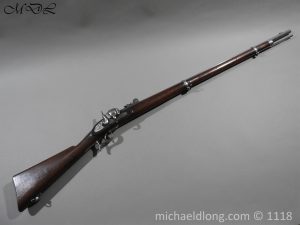 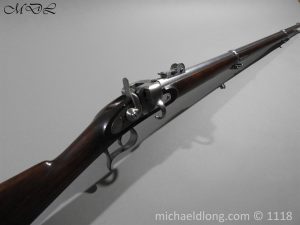 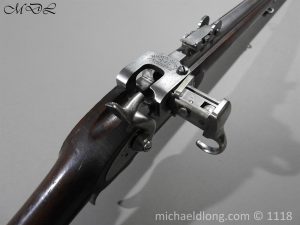 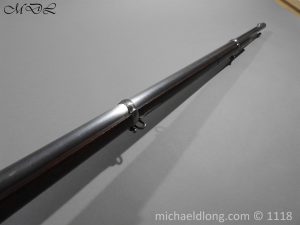 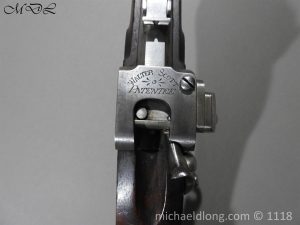 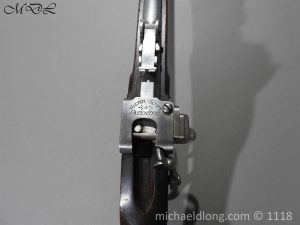 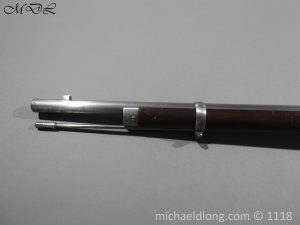 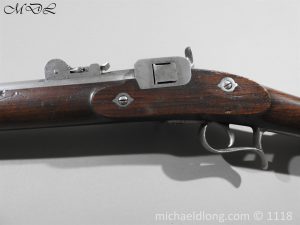 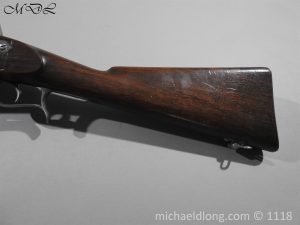 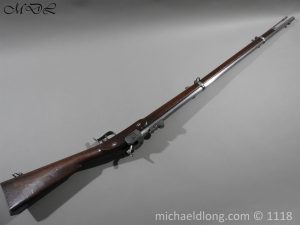 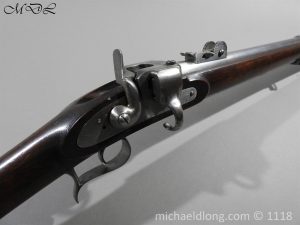 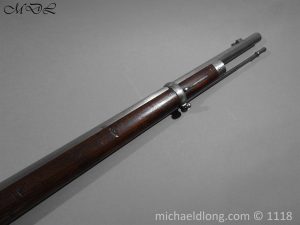 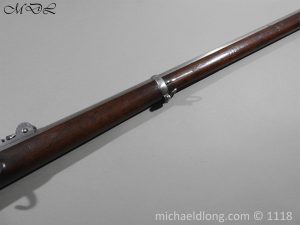 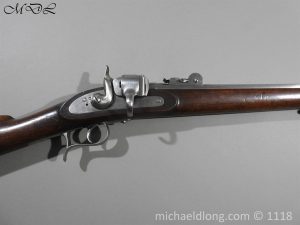 This unique transverse sliding breech block rifle was patented in the UK and US in 1873. The RHS lock has a vertically hanging locking lever which once released allows the whole of the breech block to slide out transversely to the right exposing the rifled barrel. The cartridge is chambered through a stock cut out (like Henry Rifle) at the rear of the breech mechanism which is open at the top. The hammer is offset to the RHS and strikes the cartridge through a spring loaded angled pin inside the block. The cartridge being ejected as the block is withdrawn, The top of the breech is marked ‘ Walter Scott / Patentee’. Wooden stock with steel furniture, 2 spring retained barrel bands, sling swivels and butt plate. The rifle has quadrant rear sights which are semi-circular marked on one side with ranges 3, 5 ,7, 9 and the other 2,4,6,8,10. The moving central sight plate locked at the required range by a spring loaded slide moving round the semi-circle. LOA 50”. Free UK Mainland Shipping only 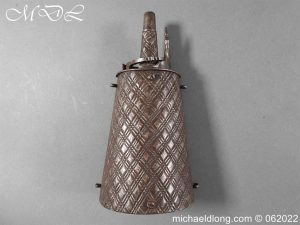 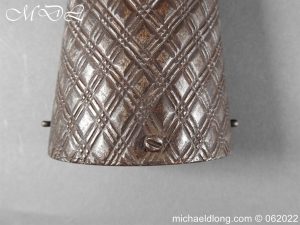 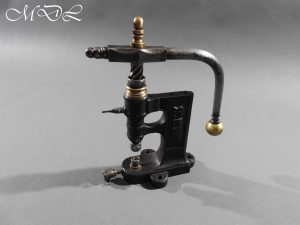 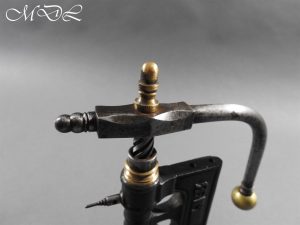 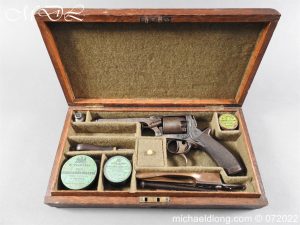 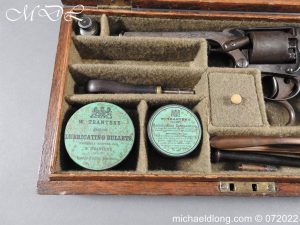 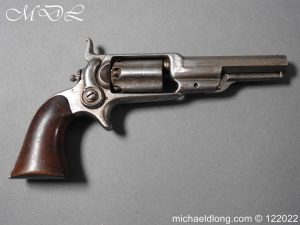 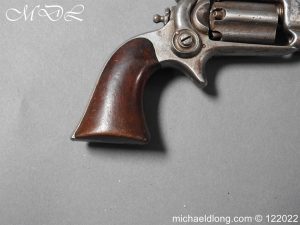 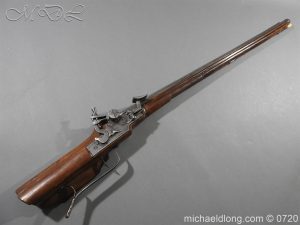 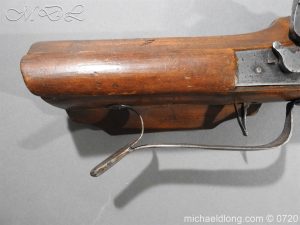 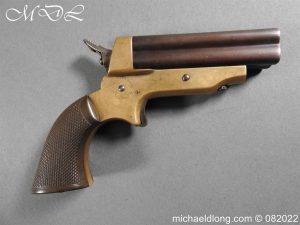 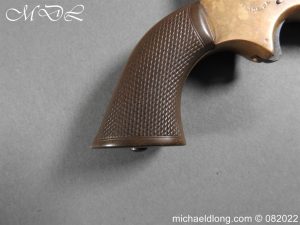 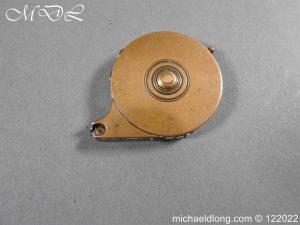 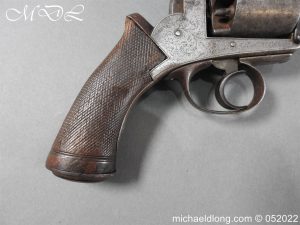