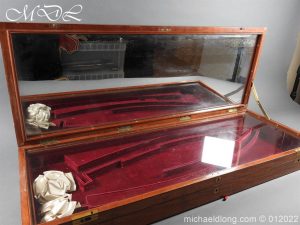 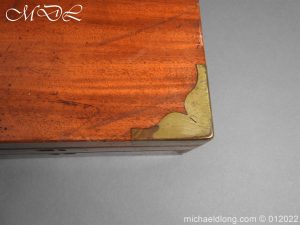 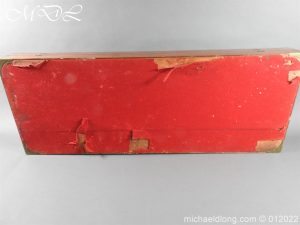 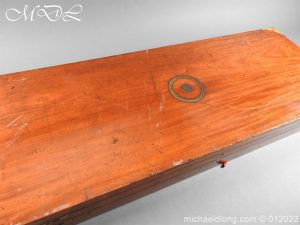 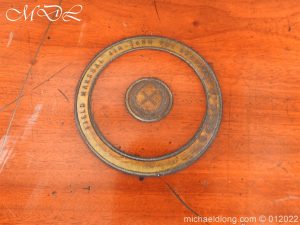 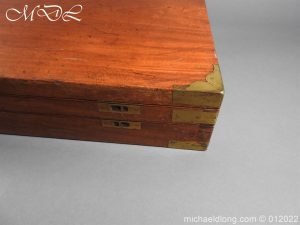 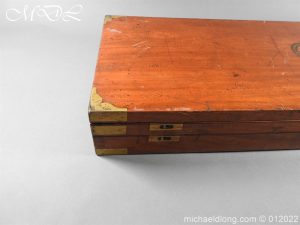 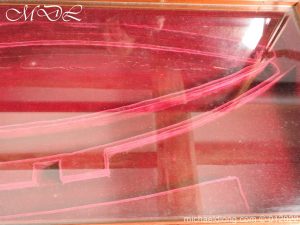 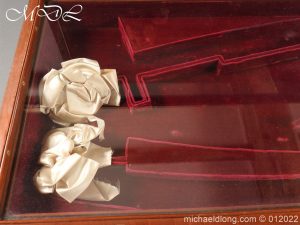 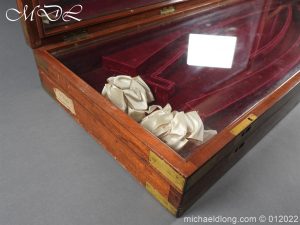 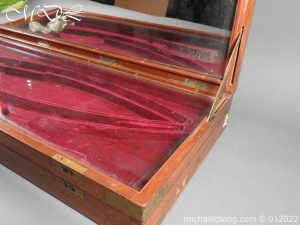 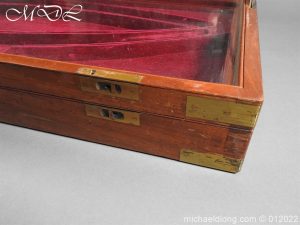 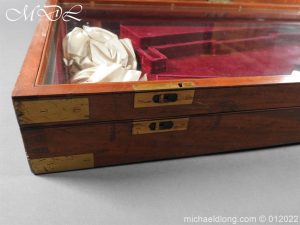 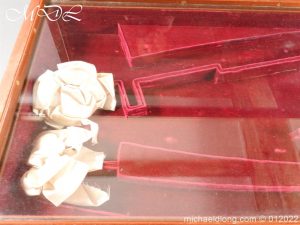 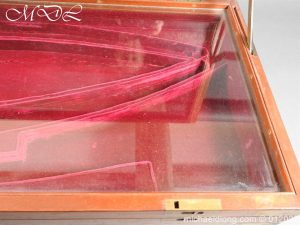 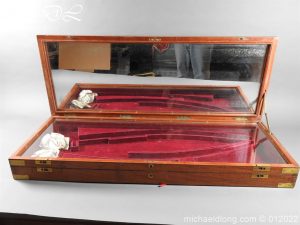 Presentation Mahogany Sword Case Field Marshall Sir John Fox Burgoyne with glazed, fitted interior lined in plum velvet and mirror glass fitted into the inner side of the lid to reflect the contents on display once opened, the exterior with brass escutcheon enclosed in a brass frame, the former engraved with crossed field marshall’s batons within a pair of fronds and the latter with the owner’s name. The case split into two sections both with locks and catches no key overall dimensions 39.0 cm; 15 3/8 in x 102.5 cm; 40 3/8 in x 11.8 cm; 46 ½ in Notes: Sir John Fox Burgoyne (1782-1871) was a distinguished solider, described by Napoleon III as ‘ the Moltke of England’ in 1870, following his own defeat by the Prussians. He received a gold cross with one clasp for Badajoz, Salamanca, Vitoria, San Sebastian, and the Nive, and a silver medal with three clasps for Busaco, Ciudad Rodrigo, and the Nivelle. He became a knight of the Portuguese order of the Tower and Sword. For his services in the Crimea he gained the Mejidiye (first class) and the decoration of grand officer of the Légion d’honneur. Burgoyne was the eldest of four illegitimate children of Lieutenant-General John Burgoyne (1723-1792) and the singer Susan Caulfield. He was baptized at St Anne’s, Soho, 15 August 1782, and named after his father and his sponsor, Charles James Fox. He advanced to the rank of field marshal on 1st January 1868, aged 86, with ‘a special and exceptional’ allowance of £1500 per year to mark ‘the value of his services. Due to the size and weight shipping free within the UK worldwide at cost 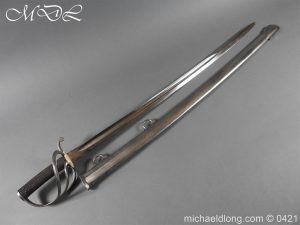 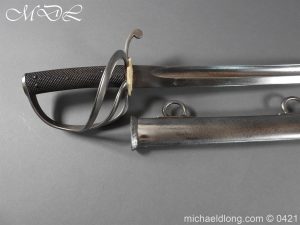 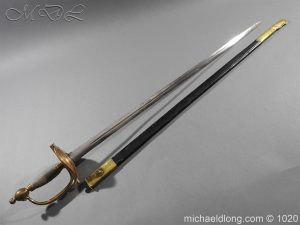 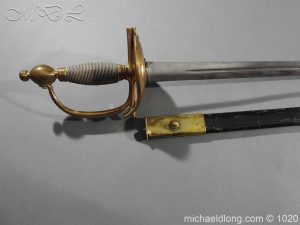 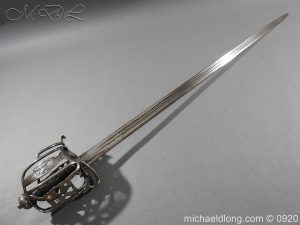 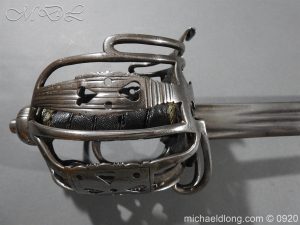 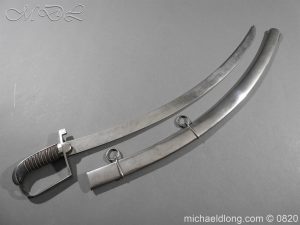 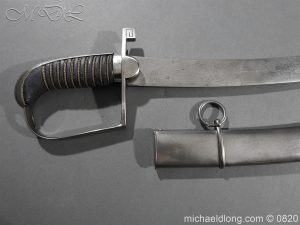 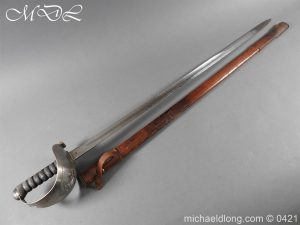 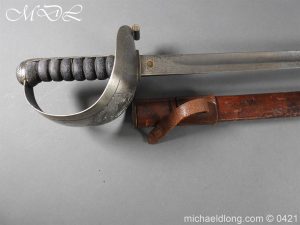 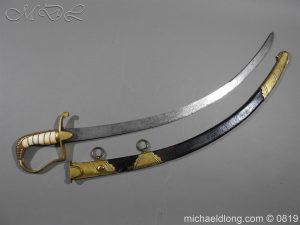 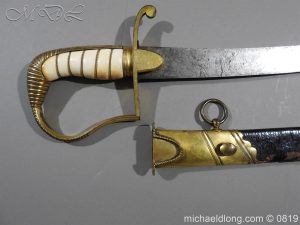 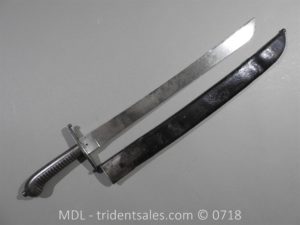 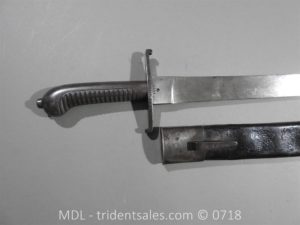