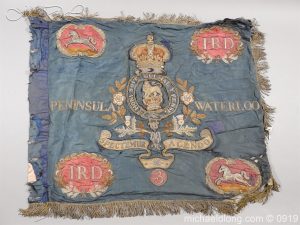 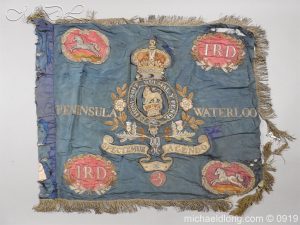 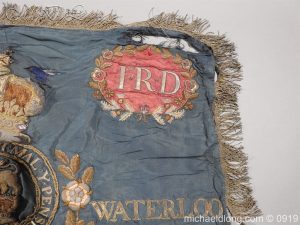 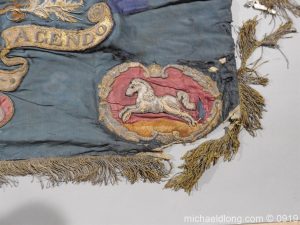 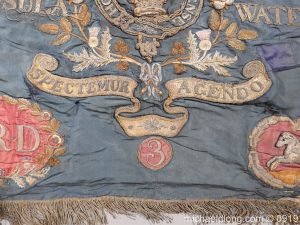 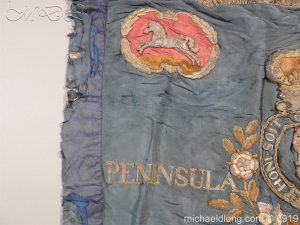 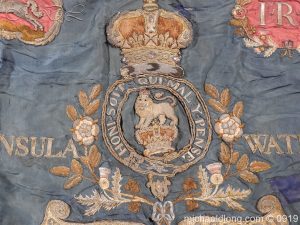 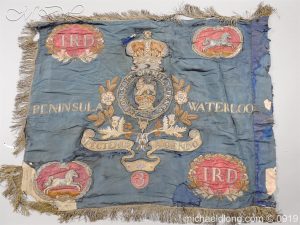 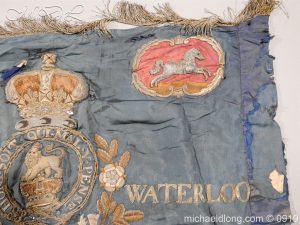 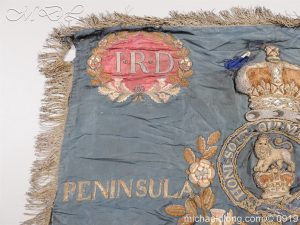 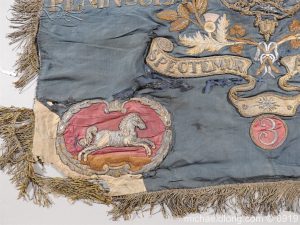 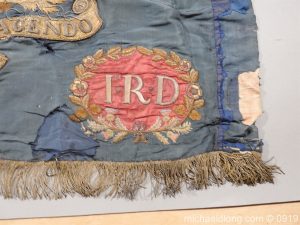 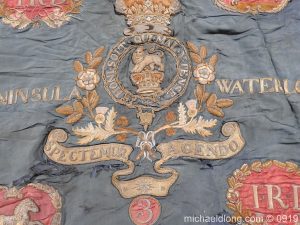 Spectemus Agendo – Let us be judged by our acts; the motto of 1st Royal Dragoons.
Please see images regarding condition soilid but with age wear, 1768 regulations stipulated:
“The King’s, of First Standard, or Guidon, of each Regiment, to be Crimson, with the Rose and Thistle conjoined, and Crown over them in the Centre. His Majesty’s Motto, Diue et mon Droit underneath. The White Horse, in Compartments, in the First and Fourth Corner; and the Rank of the Regiment, in Gold and or Silver Charecters, on a Ground of the same Colour as the facing of the regiment, in a Compartment, in the Second and Third Corners. The Second and Third Standard, or Guidon, of each Corps, to be of the colour of the Facing of the regiment, with a Badge of the Regiment in the Centre, or the Rank of the Regiment, in gold or Silver Roman Characters, on a Crimson Ground , within a Wreath of Roses and Thistles on the same stalk. The Motto of the Regiment underneath. The White Horse, on a Red Ground, to be in the First and Fourth Compartment, and the Rose and Thistle conjoined upon a Red Ground, in the Second and Third Compartments. The Distinction of the Third Standard, or Guidon, to be a Figure 3 on a Circular Ground of Red, underneath the Motto. Post-1822 the Battle Honours, ‘PENINSULA’ & ‘WATERLOO’ were granted to the cavalry. The 1st Royal Dragoons, like the 2nd Dragoons (Royal Scots Greys) added an eagle badge beneath the central device, but only on their King’s standards (it must be understood that up to six standards could be carried in these regiments, one per squadron, until finally rationalised to one per regiment in 1858.
Sizes of Standards, Guidons, and Colours were frequently changed and standardised (and this will help to arrive and confirm a pattern); for example cavalry standards underwent the following alterations over successive periods: Given the description of the Standard, I believe this to date around 1835 of thereabouts 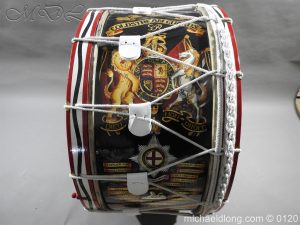 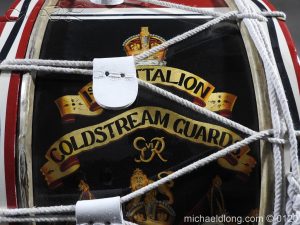 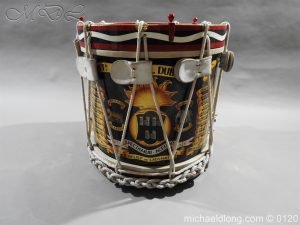 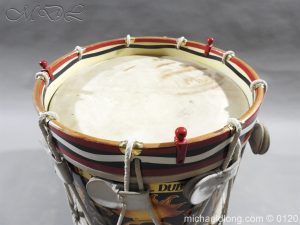